Information about viticulture in Turkey and its history

Turkish wines and their history are a sensitive topic, as some countries are now fighting over the title of “Wine Country of Origin”. These include Georgia, Armenia and Turkey. The fact is that the regions in the three-country area have changed too many times over the millennia that actually only the region can be named, but not referenced to the present state territory. In this post I try to summarize what I have read on the topic and to name appropriate sources.

"According to Dr. Patrick E. McGovern, the Scientific Director of the Biomolecular Archaeological Laboratory for Cuisine, Fermented Drinks, and Health at the University of Pennsylvania Museum, and Dr. José Vouillamoz from the University of Neuchâtel in Switzerland, who specialize in studying the origin and ancestry of grape varieties through DNA typing (or genetic fingerprinting), both cite the south-eastern part of Turkey as the origin of grape seeds and grape domestication since 9.000 v. Chr .. "(red needle)Source: winesofturkey.org

Curious? - Here you will find our selection of Turkish wines with the old grape variety Kalecik Karasi

Turkey, Armenia, Georgia - or in the end China? 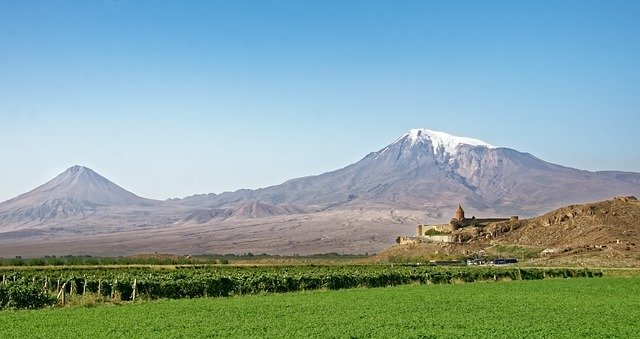 From a biblical point of view, Mount Ararat, on what is now Turkey's territory, where Noah and his ark was stranded, was the first place where wine was grown after the flood. "But Noah, the tiller, was the first to plant a vineyard." (Genesis 1:9,20 - green needle)

Today the countries of Turkey, Armenia and Georgia are fighting over the title of the country in which wine was "invented", because archaeological finds in Georgia also suggest that there was already around 7000 BC. the vinification of grape juice into wine in the excavated amphorae.

In the end, however, the wine was reinvented in China. Professor Patrick McGovern mentioned above found vessels in 2004, also from the time around 7000 BC (i.e. 9000 years ago) in northern China. Remains of a fermented drink were then detected in these vessels. In the following analyzes it could be shown that this drink was a mixture of beer, wine and mead. It was made with the help of mushroom cultures from grapes, rice and honey.Source: Johannes Gutenberg University Mainz; Book: "Amber Luster and Black Dragon Pearls: The History of Chinese Wine Culture"

Nomadic peoples of that time spread Turkish wines and the cultivation methods from the Middle East to China. According to historical data and research by archaeobotanists, as mentioned above, the cultivation of grapes in the vineyards of the Anatolia region also began around 9000 years ago, and had an important influence on the cultures of Turkey, as well as in the following centuries viticulture in the rest of the world. In the history of Anatolia, wine was initially a primary offering to the gods in rituals, especially when kings or other high-ranking personalities attended these ceremonies. Source: Wikipedia.org Entry on Patrick Mc Govern below https://en.wikipedia.org/wiki/Patrick_Edward_McGovern

Turkish wines - here you will find a selection from Anatolia

Then later, between 2000 BC. BC and 1500 BC BC, Turkish wines were introduced into Greece and the Greek colonies on the Aegean coast by the Phoenicians. This had reached its peak in antiquity. In fact, Homer had already expressed his admiration for Anatolian and Greek wines in his epic poems "The Iliad" and "The Odyssey".

The Romans bring wine to Europe

In the course of time, wine had become an important drink for both the Greeks and the Romans, and it held an important, even almost indispensable place within the Roman Empire. Ultimately, the Romans were responsible for what we now call French wine culture, and consequently also for the expansion and development of this industry throughout Europe, the Balkans, Germany, Austria and Hungary, in which they the rivers of Europe such as the Rhine, Rhone, Moselle or Danube followed.

An example of this is one of the early Anatolian grape varieties, the Misket variety, which later became known as Muscatel in Europe. Another variety from Smyrna (today's Izmir) was used in the production of the famous Pramnios wine mentioned in Homer's Iliad.

Religion also played an important role in the production and distribution of wine. Given that wine is a sacred drink within Christianity, institutions such as churches and monasteries also worked on the development of wine. In the Middle Ages, when the Catholic Church expanded, the lands were used as vineyards and the wine produced was then sold for a profit, which also gave the Church a corresponding income. So back then, wine was not only made for religious ceremonies. Unlike Christianity, Islam forbade drinking wine, and as a result, wine consumption in the Ottoman Empire was significantly lower compared to other countries and cities in Europe.

In 1453 Sultan Mehmet II conquered Constantinople, it was renamed Istanbul and from then on was the capital of the Ottoman Empire (formerly Edirne). The history of wine production in what was then Turkey, and Anatolia in particular, did not really follow a regular pattern. Although the consumption of alcohol and thus also the cultivation of wine was forbidden to the Muslims in the various periods due to the Sharia in the Ottoman Empire, it had continued to flourish under the production of religious minorities, such as Christians and Jews, until the Muslims were again given permission to serve Turkish wines to produce.

Since the wine tax generated a considerable part of the state's income, these rules were repeatedly repealed or relaxed over time, although religious law always forbade this. When the law became stricter (interpreted) again, the vineyards were usually protected and cared for by using them for the production of grape juice or raisins in such a way that it was easy to quickly get back into the production and sale of wine.Source: Fischer Weltgeschichte - Islam II - The Islamic empires after the fall of Constantinople

Mustafa Kemal Ataturk - The founder of the Turkish Republic 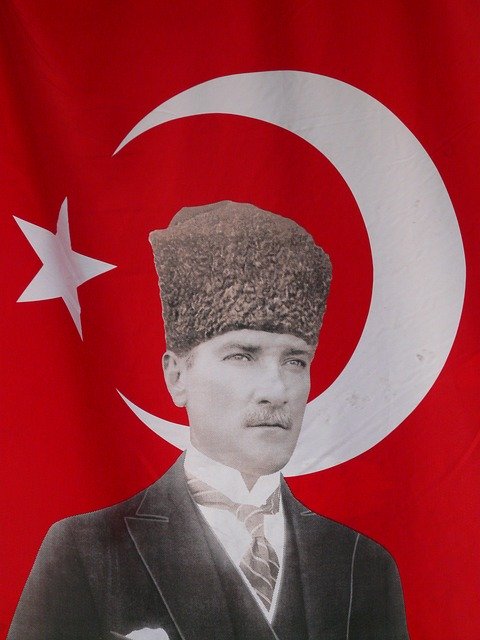 Mustafa Kemal Ataturk, born in 1881 as Muṣṭafâ Kemâl Paşa, is certainly the most revered and revered politician in Turkey.

It was he who abolished the long history of the sultanate as a form of government in Turkey and founded the Turkish Republic on October 29, 1923.

Today's Turkey owes all of this to its founding father. For this reason the Turks honored their beloved head of state with the name Ataturk, father of the Turks.

Only this man is officially allowed to bear this name in Turkey to this day.

Under his government, the ban on alcoholic beverages, including of course Turkish wines, was completely lifted and it was seen as an acceptable and appropriate source of income. In the following years the first official, private wineries were founded in the Republic of Turkey. Turkish wines were socially acceptable, so to speak. You can find more information on this in our articles on Doluca winery and for Kavaklidere winery.

While viticulture is and was important for Turkey, the winery scene did not explode at the time, since after Ataturk's death in 1938, a state alcohol monopoly called Tekel was finally introduced in 1942. If you want to know more about it, read ours here Blog post on the history of Tekirdag Raki.

Turkish wines and its situation today

We will soon write a different story about the further development of Turkish wine and its situation today, but we would be happy if we made you a little curious. Take a look around and let yourself be surprised by “the oldest wines in the world”.