Overview of the article:

Information about the history and brand Tekirdag Raki

The history of raki from the Tekirdag region began in 1880. Private production of raki was allowed for the first time in the Ottoman Empire, and the then finance minister Sancazada Ragip Pasa opened a raki factory on the road from Tekirdag to Istanbul. The name of the first officially registered Raki brand was Umurca Raki.

Which area does Tekirdag Raki come from? 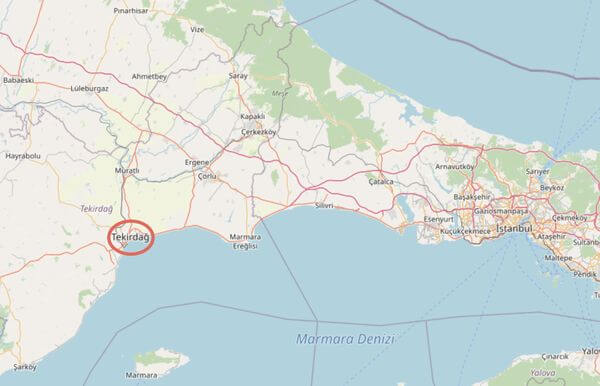 Tekirdag is a port city on the Sea of ​​Marmara, about 140 km west of Istanbul. Located in the European part of Turkey, more precisely in the province of Thrace, the area around Tekirdag has always been very well known for growing wine there.

And since grapes are also the raw material for raki, the name of the village of Tekirdag was associated with the production of raki early on. Over time, various Raki brands from the area, known at that time, came to the market in and around Tekirdag, for example from Mürefte.

Raki from the Tekirdag area, so Tekirdag Raki.

Tekirdag Raki in the time of the state alcohol monopoly

In 1942 a law was passed that placed the production of alcohol under a state monopoly. In the many centuries before, there was a raki culture that was widespread in society, which was expressed in many manufacturers and brands, but also in special glasses, carafes and other table utensils that were evidence of a sophisticated rak culture.

This law gradually removed all previously known raki brands from the market, and the raki variety of the early Republican period ended. 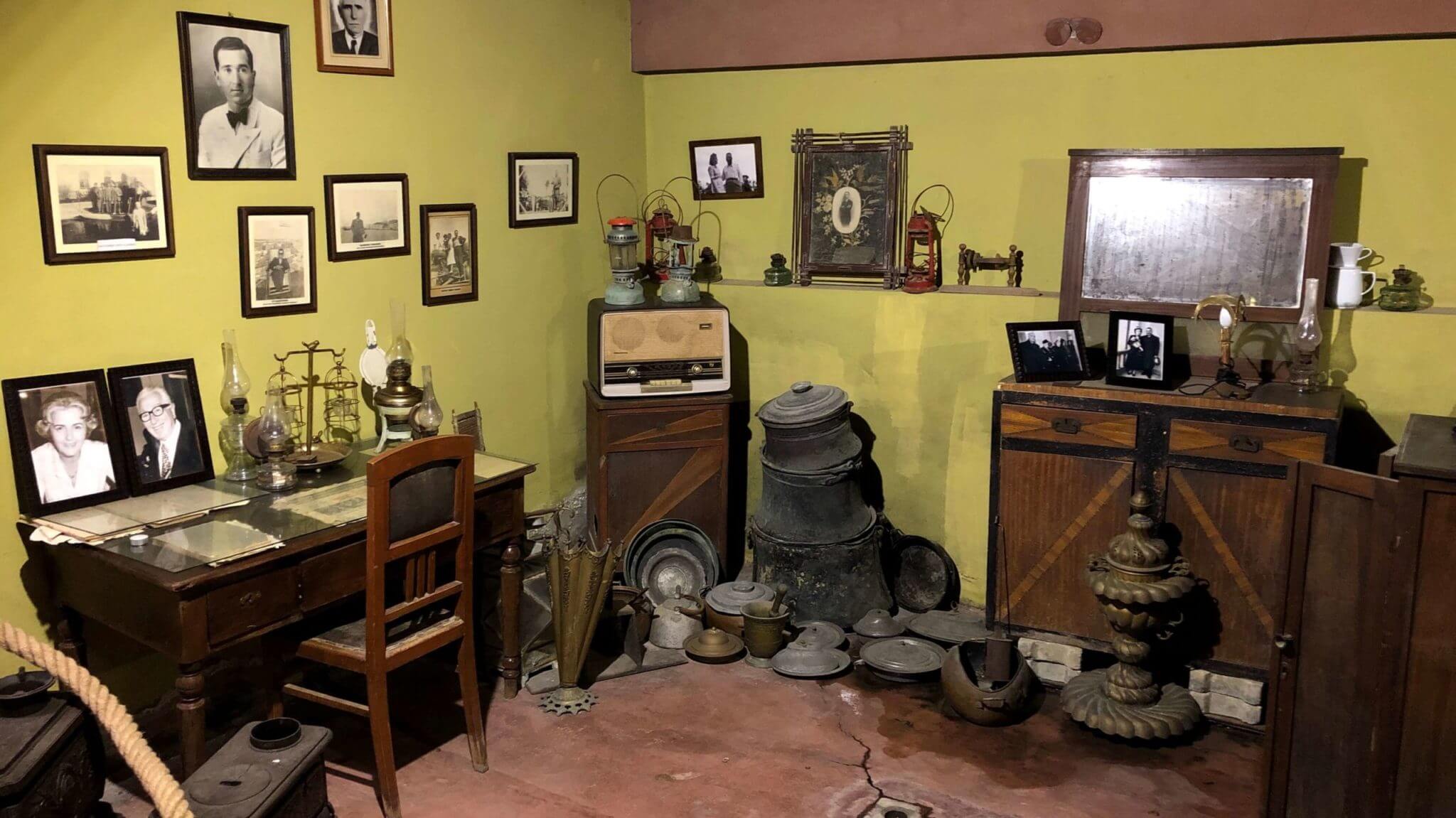 The state institution, which from then on controlled the production, distribution and sale of alcohol, was called Tekel. From July 12, 1944, all private production plants and factories had to finally cease operations.

In 1944, the first raki was presented by the new state monopoly Tekel, who was responsible for this development. The name was Yeni Raki - New Raki.

In the days of the alcohol monopoly, all rakis came from state-controlled factories. At first there was only the Yeni Raki brand, so only one Raki variety. The good thing was that the production processes were standardized and so the average quality of the rakis had increased. The disadvantage was that basically all rakis tasted the same.

Everything was Yeni Raki - only the one from Tekirdag was better 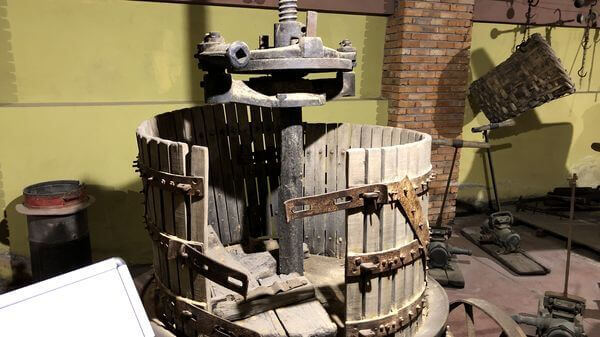 Tekel built production facilities for raki and other alcoholic beverages in the three largest cities in Turkey, Istanbul, Ankara and Izmir. Other places were also Canakkale, Bilecik, Diyarbakir, Gaziantep and Tekirdag.

In addition to raki, wine, beer, cognac, gin, vodka and even whiskey were also produced here. The centralization of production ensured, among other things, that there were now uniform standards that could be continuously developed. There was enough money to do research and development, not only in the production of raki, but also for the cultivation of the basic products of grapes and anise.

The production of Tekirdag Raki in the production facility built by Tekel. The factory at that time quickly made a name for itself, because although all factories across the country were supplied with the same grapes, raisins and the same anise by the monopoly company, the raki from Tekirdag simply tasted better.

The secret - the artesian spring

At the time, this particular taste was attributed to the water used there, all other ingredients were the same. The water comes from an artesian well in the Corlu district, i.e. a well where the water naturally escapes and does not have to be pumped out.

People preferred the raki made in Tekirdag and tried to distinguish it from the products made by Tekel, of course, across the country. This led to rumors that the location of the production could be recognized from the hidden information on the bottles. "Tekirdag Raki“Simply became synonymous with high quality raki.

Today's Tekirdag Raki owes both its name and the associated high quality to this period. For example, foreign delegations came to the factory to buy the Tekirdag Raki made there and to take them back to their home countries, so that the Raki there also became known beyond the borders of Turkey.

This consumer preference was not hidden from the managers at Tekel, and so they generated their own brand in 2000 “Tekirdag Raki“, Which was the last official brand of the state company to hit the market. It was the first raki that was only made from grapes from one region. The high-quality production methods of the manufactory and the raw materials used, grapes, aniseed and water are still associated with it today.

In 2004 Tekel, and with it Tekirdag Raki, was privatized and bought by the Mey company. In 2011, the British spirits market leader Diageo took over the company Mey, to whose group it still belongs today. 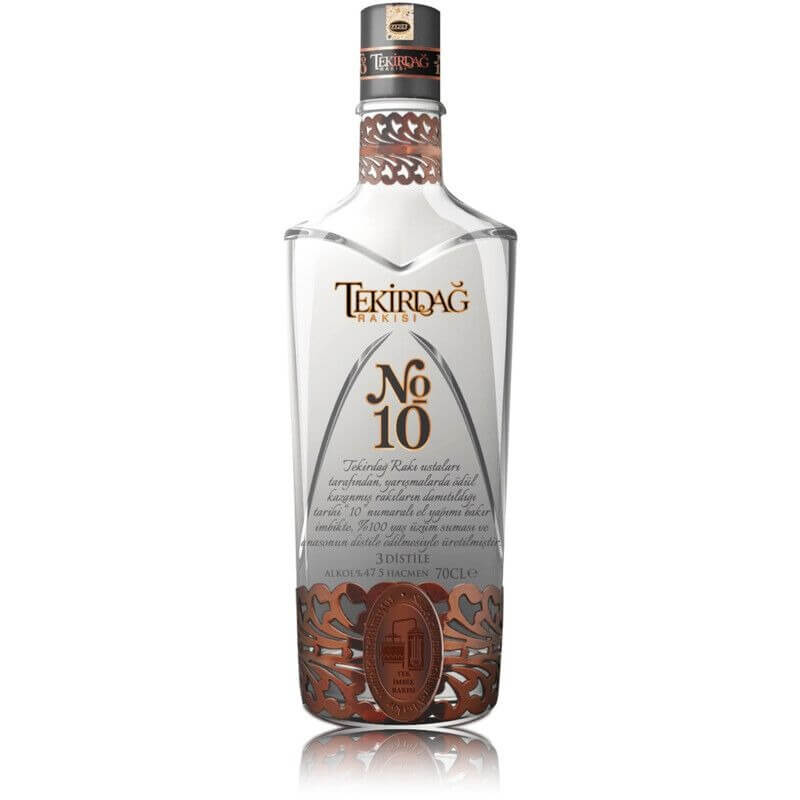 There are many myths and stories about the rakima factory in Terkirdag. One of the most famous is certainly the one around the legendary copper kettle with the number 10. This copper kettle, handcrafted in France, produced the best raki of the distillery according to the raki masters of the time. This is proven by several international awards for products made from this boiler. So it had to be reburied at great expense when the distillery moved to a new production building just outside Terkirdag.

Even today, the bottle with its body encased in a copper basket testifies to this almost legendary kettle. The Tekirdag Raki No. 10 has a relatively high alcohol content of 47.5%, compared to other Rakis, and is made from pure grape alcohol in 3-fold distillation only in this copper kettle.

That is why excellent raki is produced in Tekirdag

Another myth about the quality of Tekirdag Raki tells of a grumpy and often angry manager. He was appointed head of the Raki production facility in Terkirdag, although he was not said to have much knowledge of Raki. All of the employees and staff were therefore in great turmoil because of the reputation that preceded this manager. 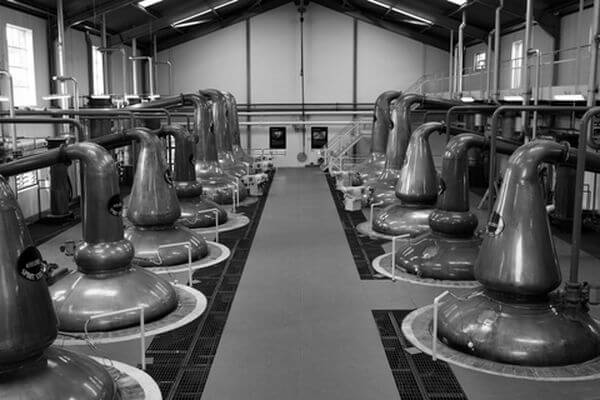 When he visited the factory for the first time, he started the tour. When an employee asked if he liked what he saw, the manager got angry and asked what he should like about this factory. The employee retired ashamed without answering, which made the manager angrier, and he then began to kick himself, throwing objects near him on the floor and destroying parts of the production facility.

The staff sat down the following day to discuss the problems. What had gone wrong with you that the supervisor could react? You worked out appropriate improvements, and in a short time you were able to rebuild production with double efficiency.

Then the grumpy manager's next visit was due. This in turn visited the production facilities. When he reached the packaging area, he took a bottle of raki out of a box, opened it and smelled the lid. He grimaced in disgust and started to pour the raki onto the floor. All of the bystanders were shocked. "What didn't you like about this raki?" You asked. He screamed and only replied, "Who should please like this raki? And now rest! "

The Raki master then sat down with his colleagues and they tried to find out what was wrong with the raki. They tried and tried. For months.

After you were done, they invited the manager over again to show them what progress they had made. When they got back to the packaging area, they offered the manager a bottle to try. He opened the bottle again, smelled and was of course very suspiciously observed.

He took a glass, tried it and after a slight hesitation he finally started to scream again and asked "What is good about this raki?" And started turning the bottle over to pour it on the floor again. At that moment the Raki master could not hold out. 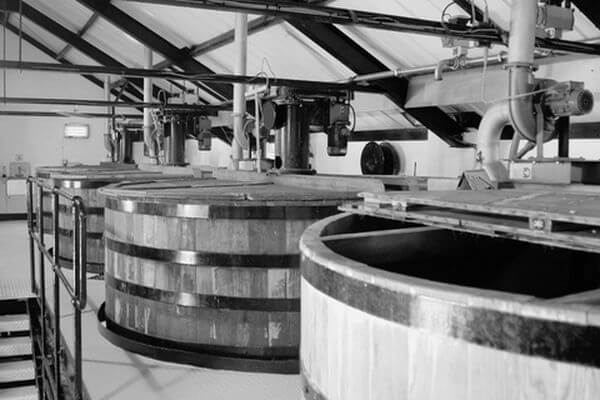 He jumped out of the crowd and grabbed the bottle in the manager's hand, saying, "I won't let them spill our masterpiece! What is good about this raki? Don't you taste that, or do you have no idea about Raki? "

The crowd froze as everyone expected an explosive outburst from the manager, of course. But the opposite happened, the manager remained calm. “No,” he said, “I actually don't understand anything about Raki. But I know something about people. I've just done your raki badly so far. But none of you had anything wrong with it. None of you liked your own product so much that you defended it against my scolding. But today they took hold of the bottle for the first time to protect it as if it were their own child. Now I am also satisfied with the quality ”.

We hope we were able to bring you a little closer to the story of Tekirdag Raki. Today the Terkirdag brand belongs to the Diageo group and is marketed together with Yeni Raki. Here you can find current information on Terkirdag rakis. At the same time, we are pleased to be able to offer you products from this traditional company.

Open one now Account and use it to unlock further discounts.

E-Mail notification We will inform you by email as soon as the product is available again.