Raki the Turkish national drink
Where does raki come from?
The difference between raki and ouzo
Why is raki mixed with water?
Mixing ratio of raki to water
What is the best raki?
How does raki taste?
What is the alcohol content of Raki?
What is the best way to drink raki?
A video on the subject of raki

Turkish raki is an anisee made from grapes. In Turkey, however, it is not just a drink, it is a kind of attitude towards life, it is, so to speak, a cultural and historical legacy over many generations. Raki is particularly enjoyed with meze, i.e. Turkish starters. For those who do not know this yet, it is comparable to the Spanish tapas or the Italian antipasti.

Where does raki come from?

There are many descriptions of the origin of the word raki, but today most ethymologists agree that it comes from the Arabic word arrak (translated sweat). This name probably comes from the alcohol that drips down from the flask during distillation.

Originating in the 8th century in the Arab region, the aniseed liqueur then spread across Europe via Turkey and the Mediterranean. In Greece it is called Ouzo, in Italy it is known as Sambucca, in France it is known as Pastis. In other countries, too, anise occurs in many variations, such as absinthe, pacharan or Herbes de Mallorca contain aniseed.

The difference between raki and ouzo

According to the Turkish statutes, raki is defined as alcohol that has been distilled twice and is produced in a maximum of 5000 liter copper kettles. It may only be produced from suma (grape mash) and ethyl alcohol from agricultural sources. The end product must be at least 40% vol. Contain alcohol and be made from at least 65% grape juice. In order to be allowed to call itself Raki, the product like the ingredients must come from Turkey. In the EU, the term raki is not a protected designation of origin.

Other additives, such as fennel seeds and / or herbs, may be used with ouzo.

Why is raki mixed with water?

Turkish raki is mixed with water for enjoyment, but can also be drunk neat. Mixing it with water reduces the alcohol content. In this way you can adjust the intensity of the taste and the amount of alcohol to your personal needs. The goal is an optimal interaction with the food (meze) and simply to enjoy the community at a Turkish table.

Mixing ratio of raki to water

There are many opinions about the mixing ratio of raki to water. Some drink it straight, some mix 1: 1 or 1: 2, we just say, do it the way you like it best.

Why does raki turn white with water?

Mixing with water creates a whitish cloudiness, the so-called Louche effectwhich is mainly due to the oils in the anise, which are dissolved in the alcohol, but when water is added they form tiny oil droplets which then cause the milky cloudiness. In Turkey, raki is also known as “lion's milk” because of its whitish color when mixed with water. The metaphor for the lion comes from the fact that the raki encourages its drinker.

On these pages we offer you a steadily growing selection of different, also rarer rakis, which you can buy online at low prices. They are popular different varieties of Brands Tekirdag Raki (detailed blog post), Efe and Grand seigneur Raki, as they are usually not available in the supermarket. Enjoy it with meze, the classic Turkish starter, but also with fish or just as a delicious aperitif. It can also be used as a digestive. Raki works wonders almost everywhere - just lion's milk 😉

How does raki taste?

The main ingredient in raki is aniseed. The drink therefore has a pronounced liquorice aroma. The characteristic aroma can be weakened somewhat by mixing with water and ice. The raki becomes milky-cloudy at the same time, as the so-called louche effect occurs. In addition to the mixing ratio with water, the selected brand also has a significant influence on the taste of raki. The raw materials used and the manufacturing process play a further role, which is particularly evident in the quality.

What is the best way to drink raki?

Traditionally, raki is considered an aperitif and is drunk as such before a meal. Ideally, the alcoholic drink is served in elongated glasses that were stored in the freezer before being consumed. This results in a pleasantly cool temperature, which is supplemented by the correct sequence when pouring.

First you put the popular aniseed spirit in the desired amount in the glasses. This is followed by dilution with water, which determines the intensity of the taste. Finally, ice cubes follow.

Here is a video with all the information about raki 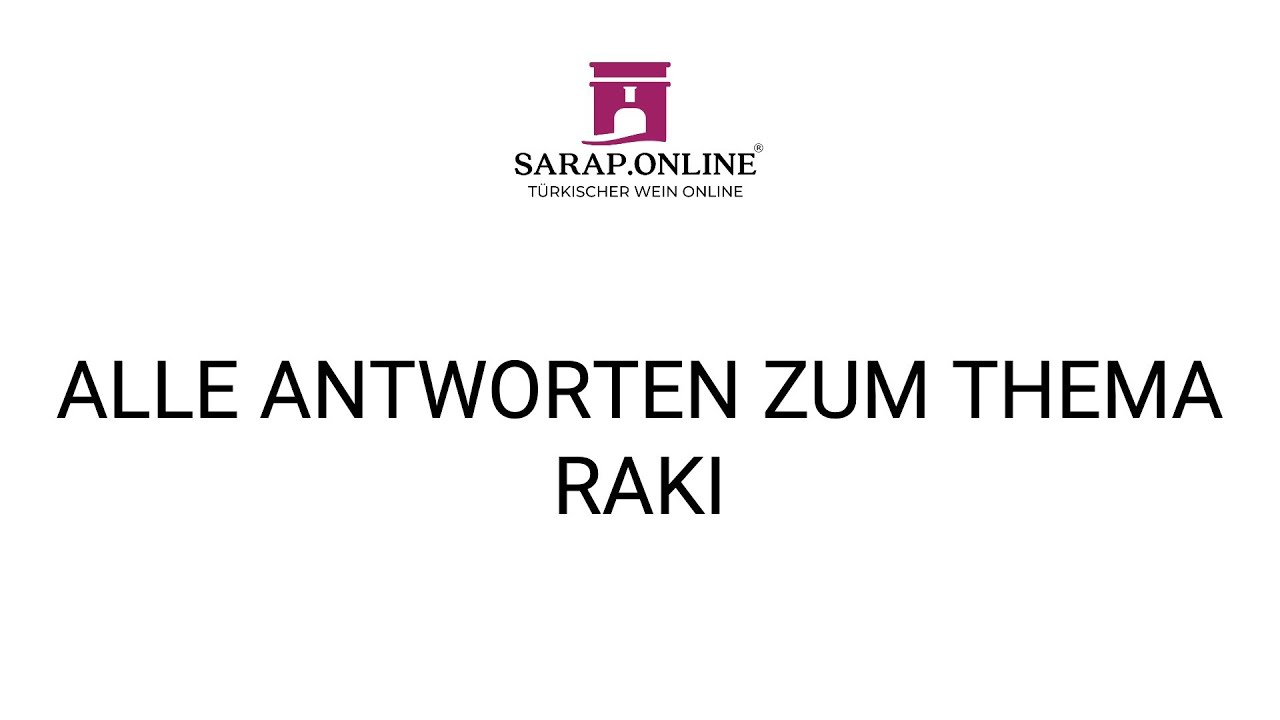